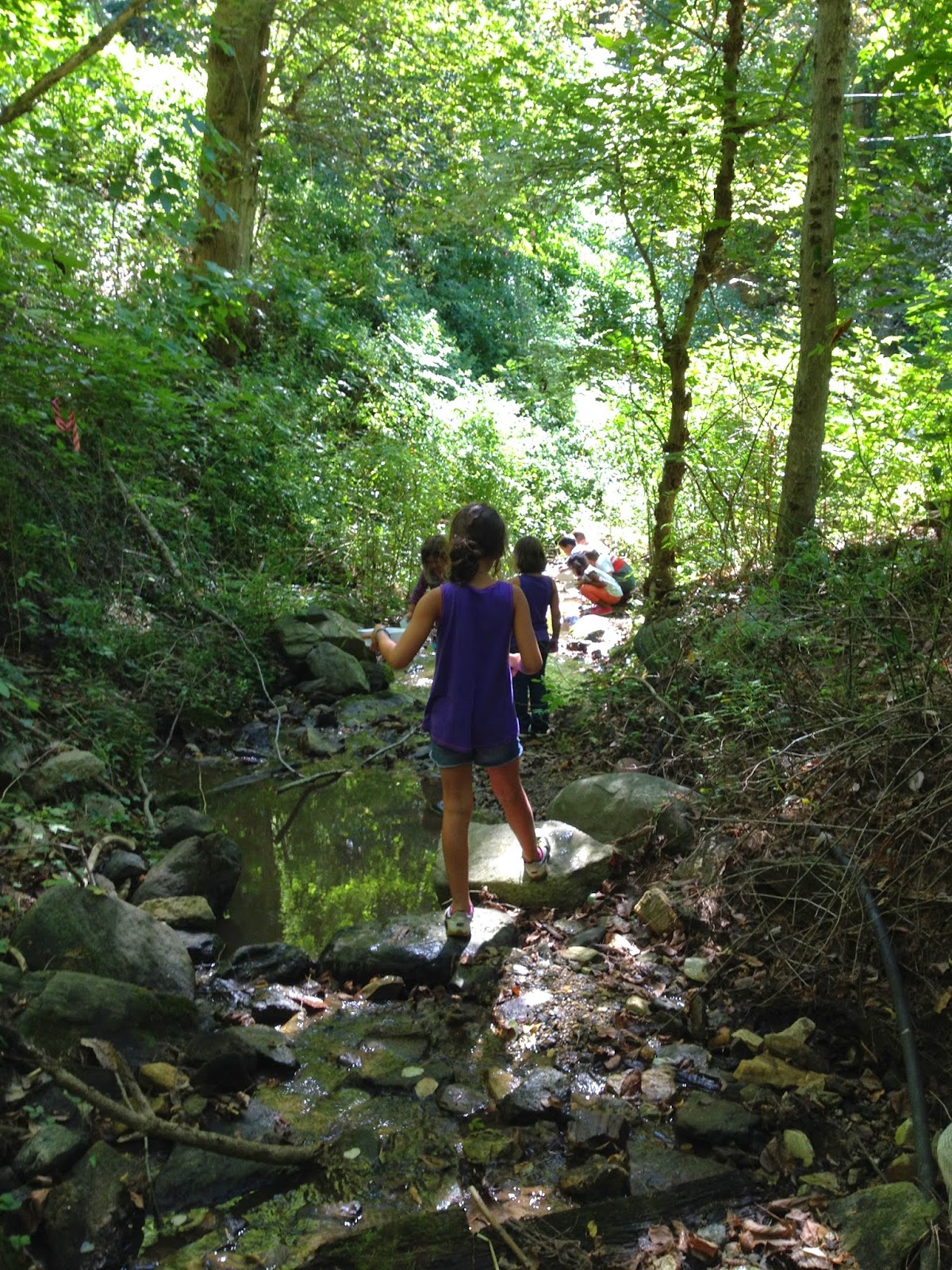 To do science, kids don’t need lab coats or test tubes; they need a burning question.

In the beginning of the school year, I spoke with a parent of a child in our nursery class. She excitedly asked me “When are you going to start doing experiments with the kids?”  She described her son’s recent obsession with creating kitchen concoctions and leaving them in the refrigerator with explicit directions not to throw out his “experiments.”  She seemed hopeful that we would soon explore exciting reactions, things that fizz and change color, as well as more methodical approaches to his mixing madness.

We will do all of these things in time.  Mostly, because I now know that he’s interested in them.  But not because they are the most essential part of conducting experiments.  Meaningful experimentation requires one main ingredient–a downright thirsty need to know more.  Fancy equipment and potentially explosive reactions may be useful tools, but they are only a means to an end.  To help yourself or your child really think scientifically, spend time talking about what you’d like to understand better, what would make your daily life easier, or what information you think might be helpful to others.

Experiments can take shape in unlikely ways.  I now proudly consider myself an amateur canine poop researcher.  When our dog first came to us, he came with a lot of diarrhea.  My husband and I systematically tested different brands of dog food until we had exhausted all of the healthy and expensive options.  Upon hearing evidence from a friend about a more economical candidate, we gave it a go and finally learned that our dog does best with a cheap, high carb feed. When we shared this with our vet, she cooed, “Ooooh, Blue…you like McDonald’s?  That’s alright buddy.”

The point here is that our family had a burning and immediate question to answer.  We were highly motivated to conduct an experiment.  We worked our way through all of the core components of scientific experimentation with nary an NIH grant in sight.  We observed fecal matter at least twice a day.  We hypothesized that diet was the culprit.  We shared data within our research group (human friends at the dog park).  We isolated variables by removing treats from the repertoire. We analyzed the results and drew conclusions about what to do next.  This was science thinking in action, albeit with an extremely small sample size, but science nonetheless.

Adults and children engage in personally relevant scientific thinking all the time.  However, very few consider themselves scientists.  Many have compartmentalized the world of research to those in labs, wielding microscopes and pipettes.  Others think of science as content, a book of facts ready to be memorized.  Both of these viewpoints fail to engage the human spirit of what it means to wonder. At its heart, science is a dynamic process that only works when people are genuinely interested in knowing more.

When I reflect on my conversation with the mother of a four year old who was hell bent on protecting his refrigerated experiments, I feel encouraged by her support for his enthusiasm.  I assured her that his research was legitimate and completely appropriate.  In time, we will work with him to develop the skills and practices associated with formal experimentation, but for now, and always, the most important ingredient for his growth as an astute scientific thinker is fostering the unquenchable desire to find out what happens next.

Experimenting to Discover: Which leaves will be eaten more quickly when put in a mesh bag and left in the creek for two weeks, fresh jewel weed leaves or brown fallen leaves? 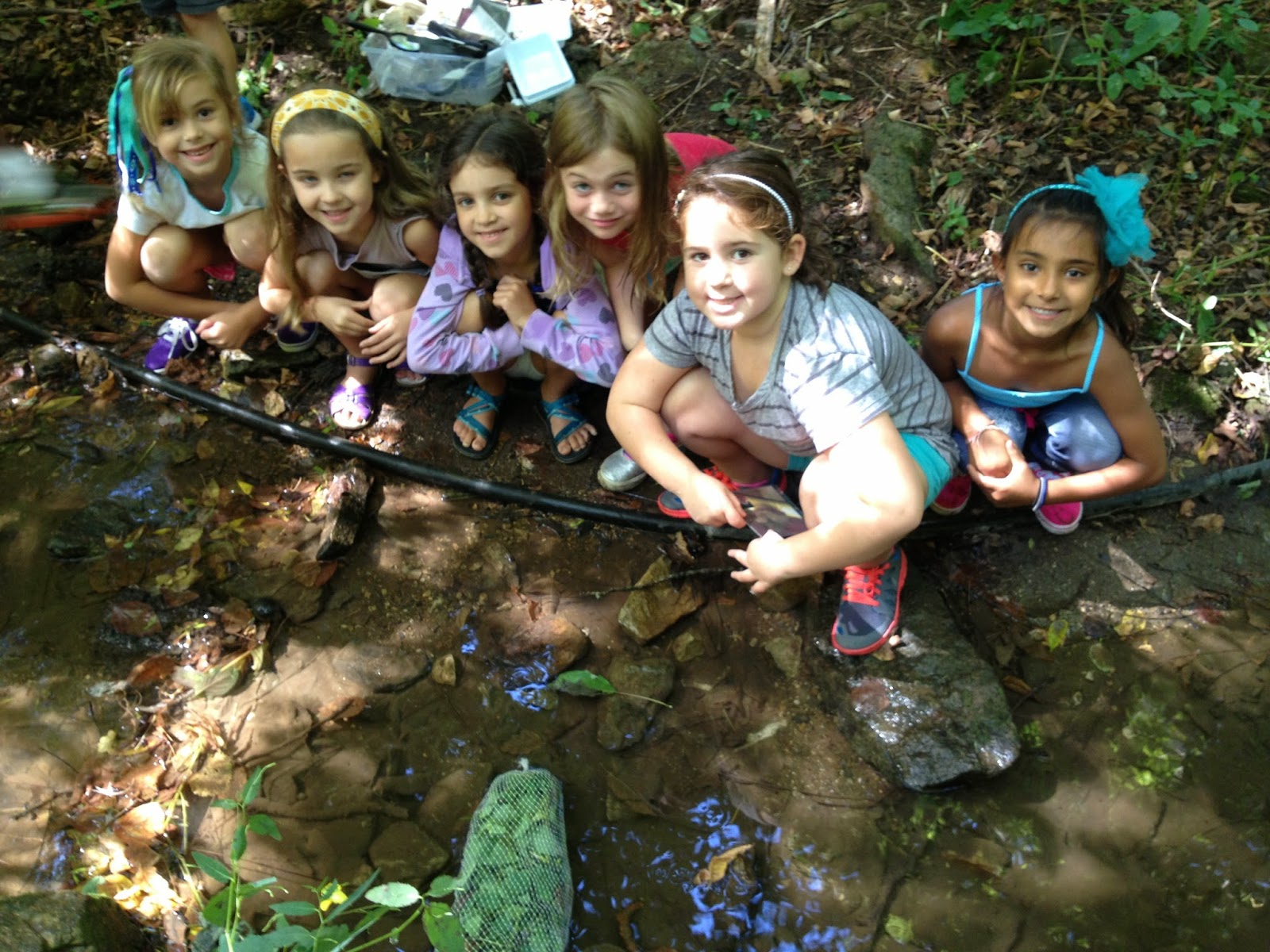 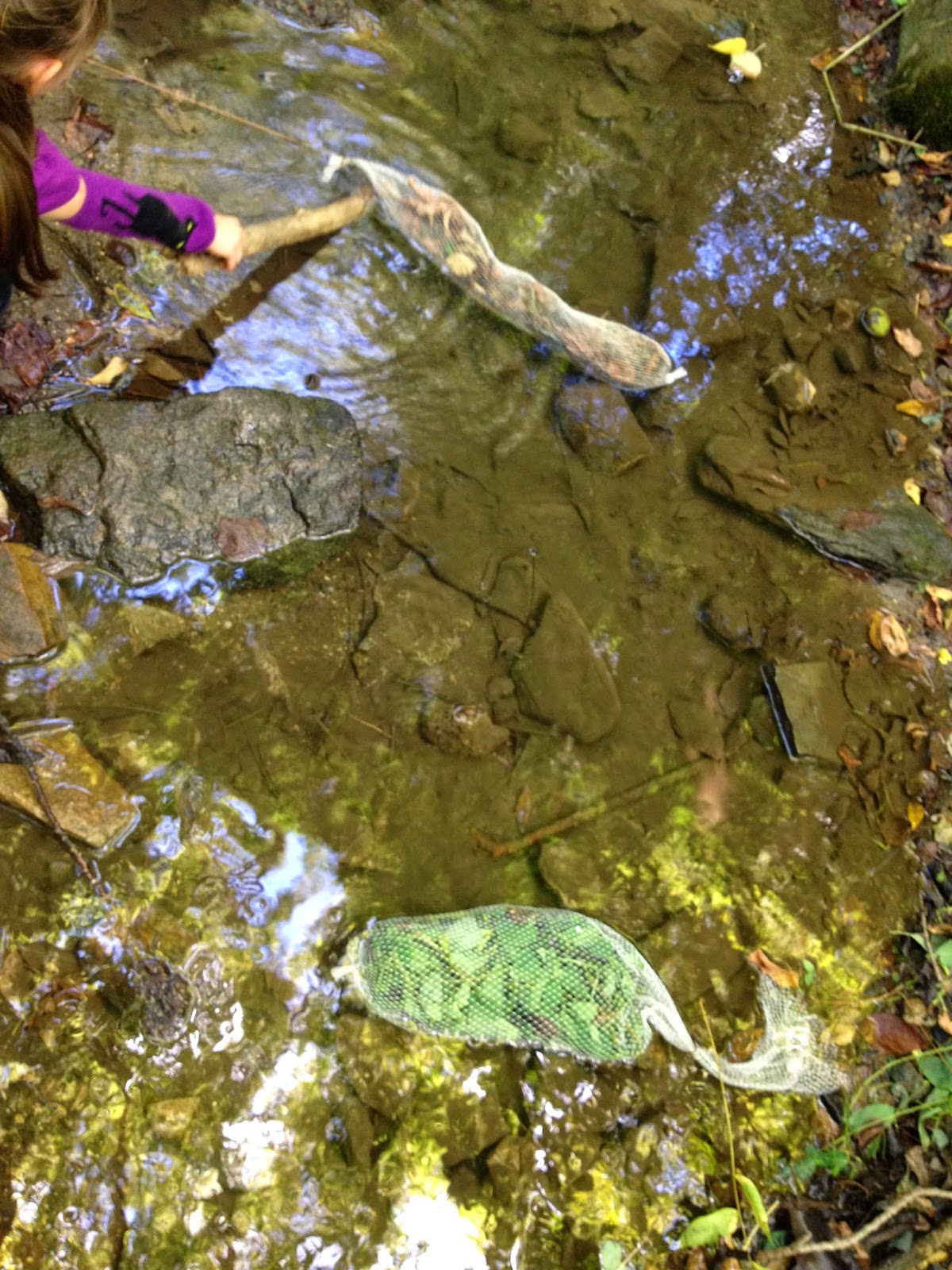 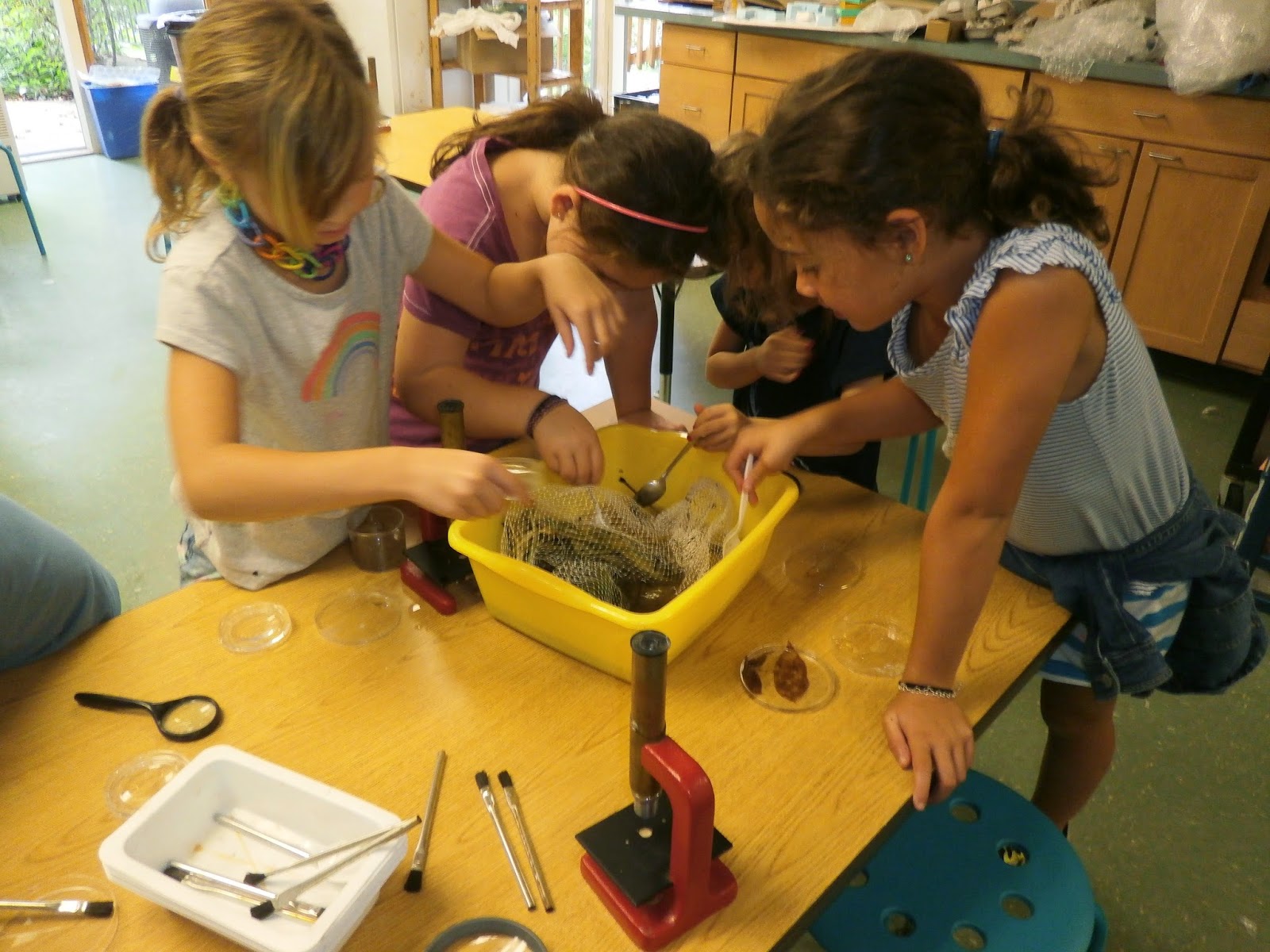 First grade students examined the results.  They encountered many new macroinvertebrates munching on the leaves, practiced microscope skills and found out that both bags attracted hungry scuds.  The bag of older leaves also attracted two crayfish and a salamander.  This work helped students explore the creek habitat and recognize the micro-ecology unfolding all around them.

Experimenting to Notice:  Which fall faster, large leaves or small leaves?  What influences the way they fall? 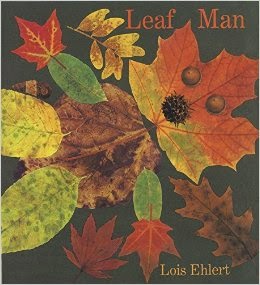 Nursery students read the story Leaf Man by Lois Elhert.  They looked closely at the clever illustrations created almost entirely from tree leaves and seeds.  Then then created their own leaf sculptures outside and hunted for the largest and smallest leaves they could find.  These were dropped off the science deck balcony to find out which would reach the ground first.  The wind was a big factor and our results were mixed; the children continued their testing back at the nursery playground.

Experimenting for Design:  Which materials work best to create a parachute that will keep a skydiving egg safe? 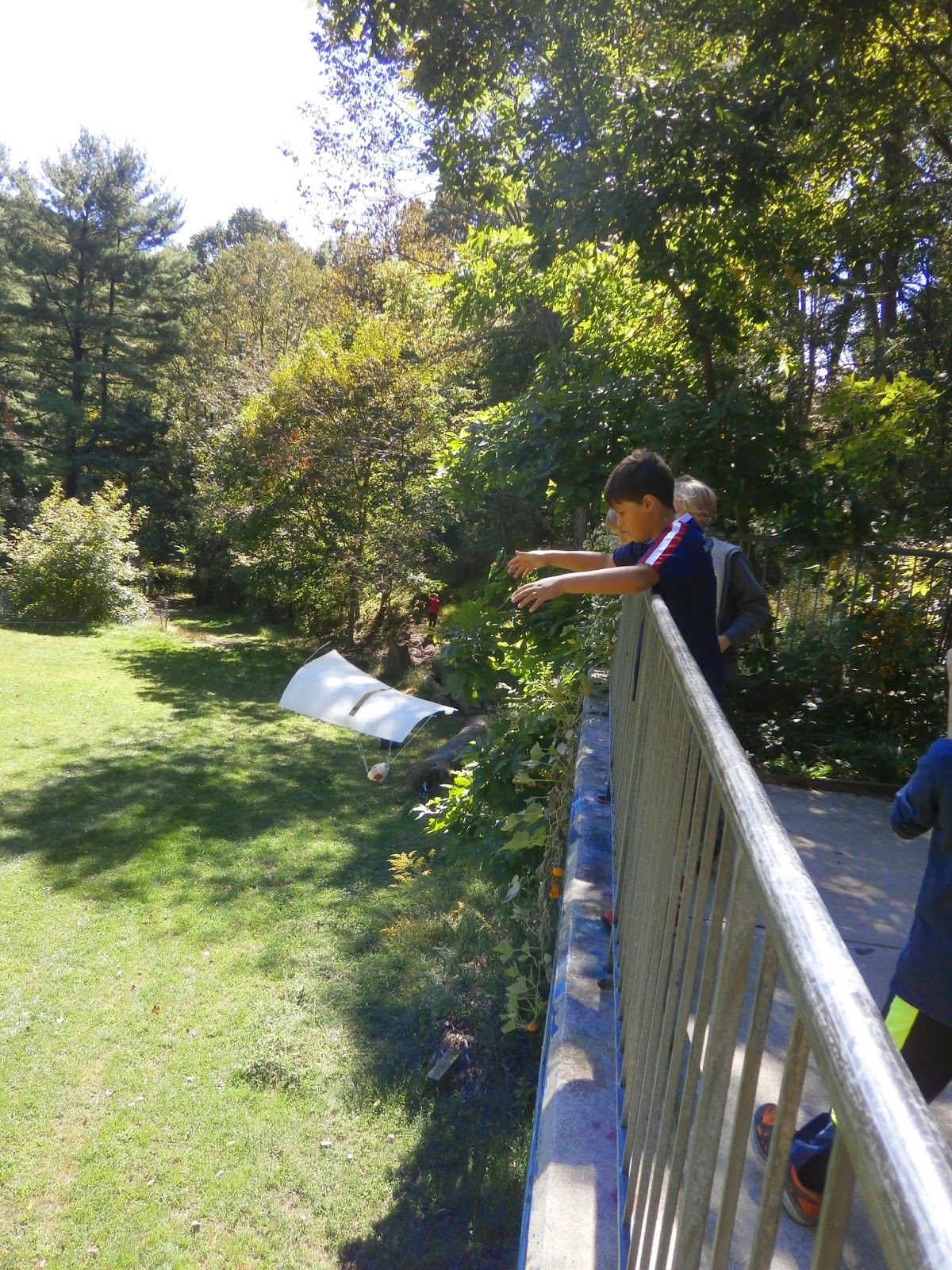 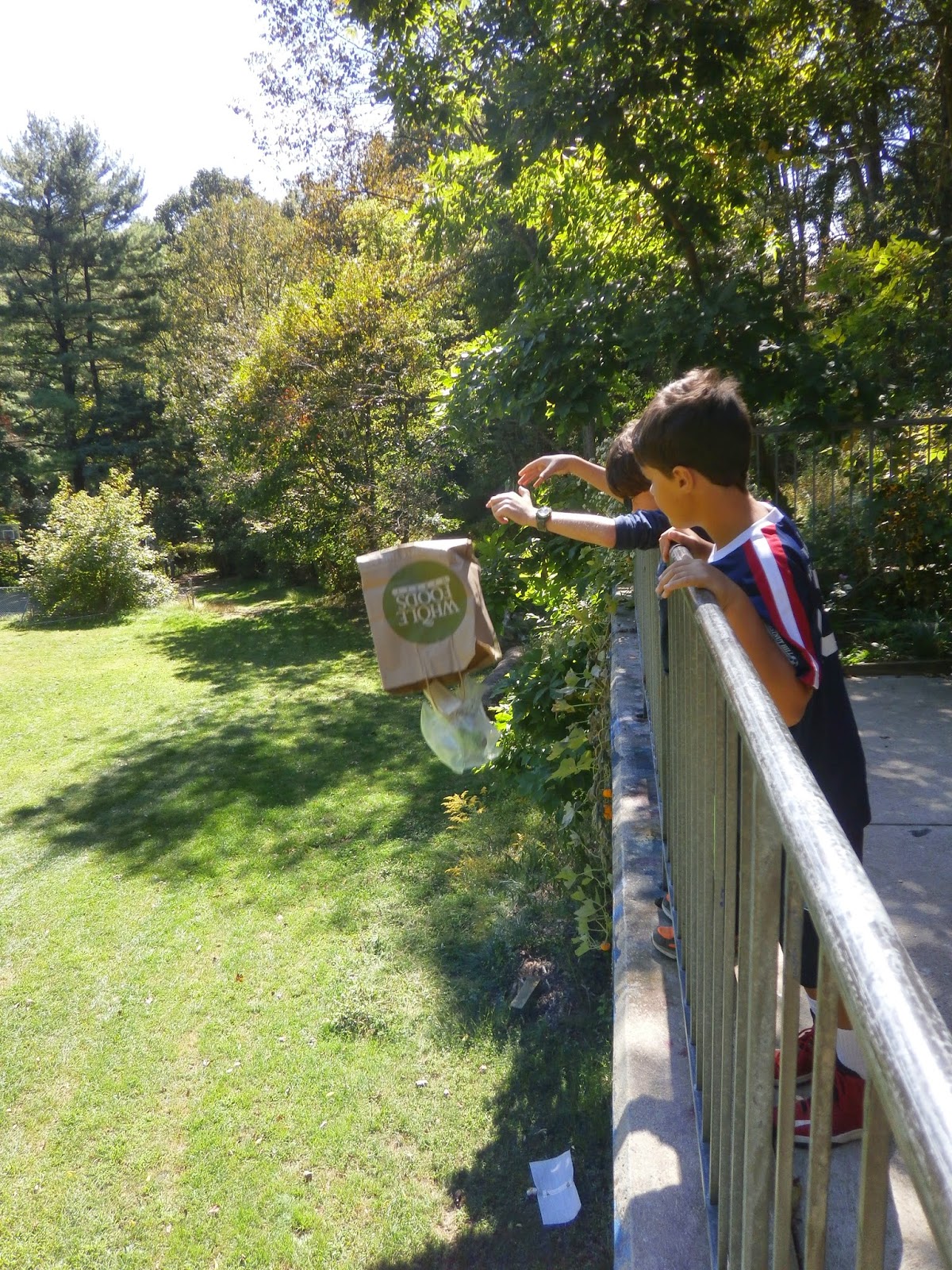 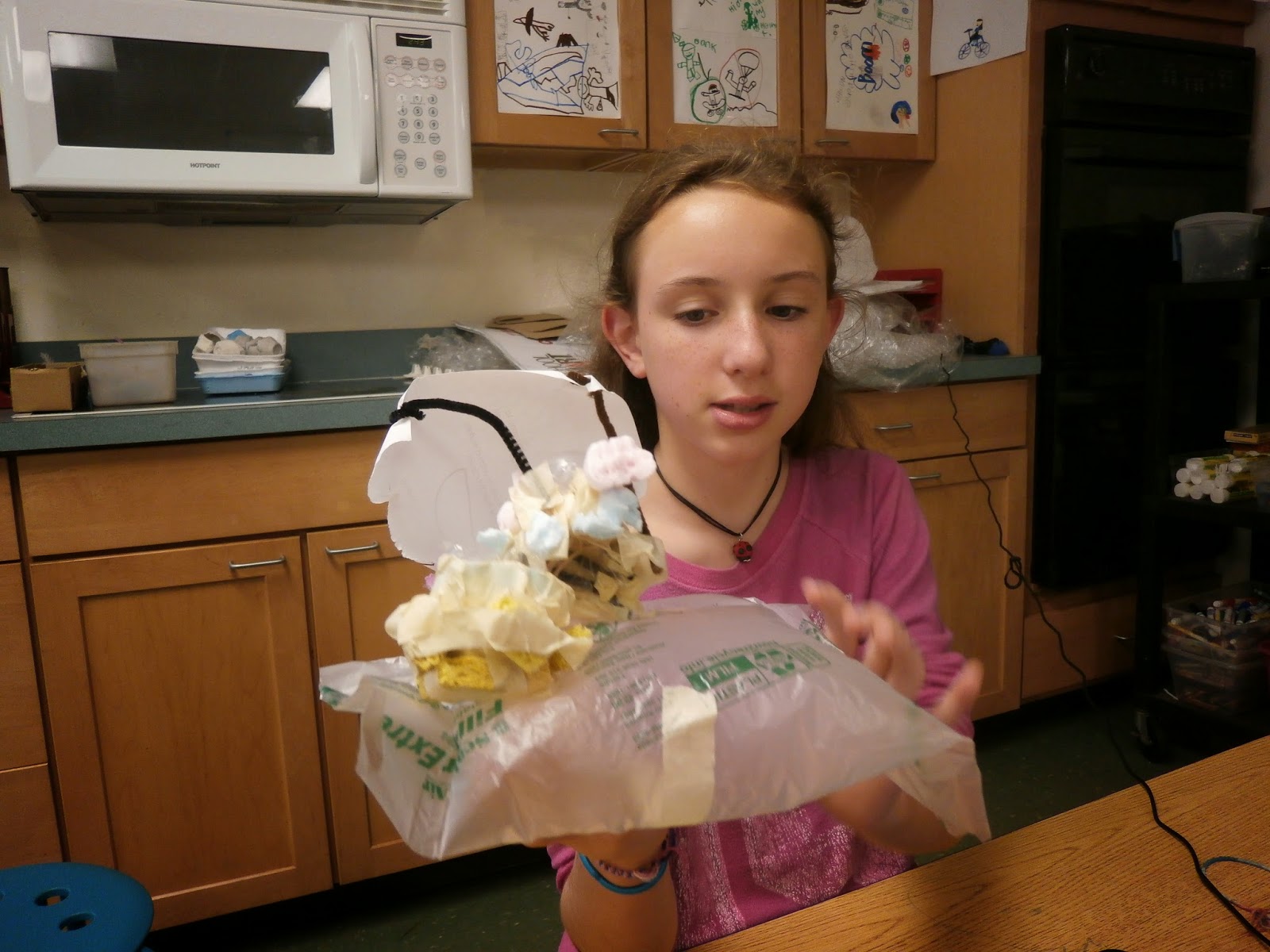 Fifth and sixth grade students designed, built and tested egg parachutes over the course of a few lunch choice times to figure out which material allowed for the slowest descent.  The most successful designs included a large surface area and supports to help the parachute keep its shape.

Experimenting for Fun:  How many hissing cockroach exoskeletons does it take to equal the weight of a paper clip?  How steep can I make this ramp and keep the marbles on the course? 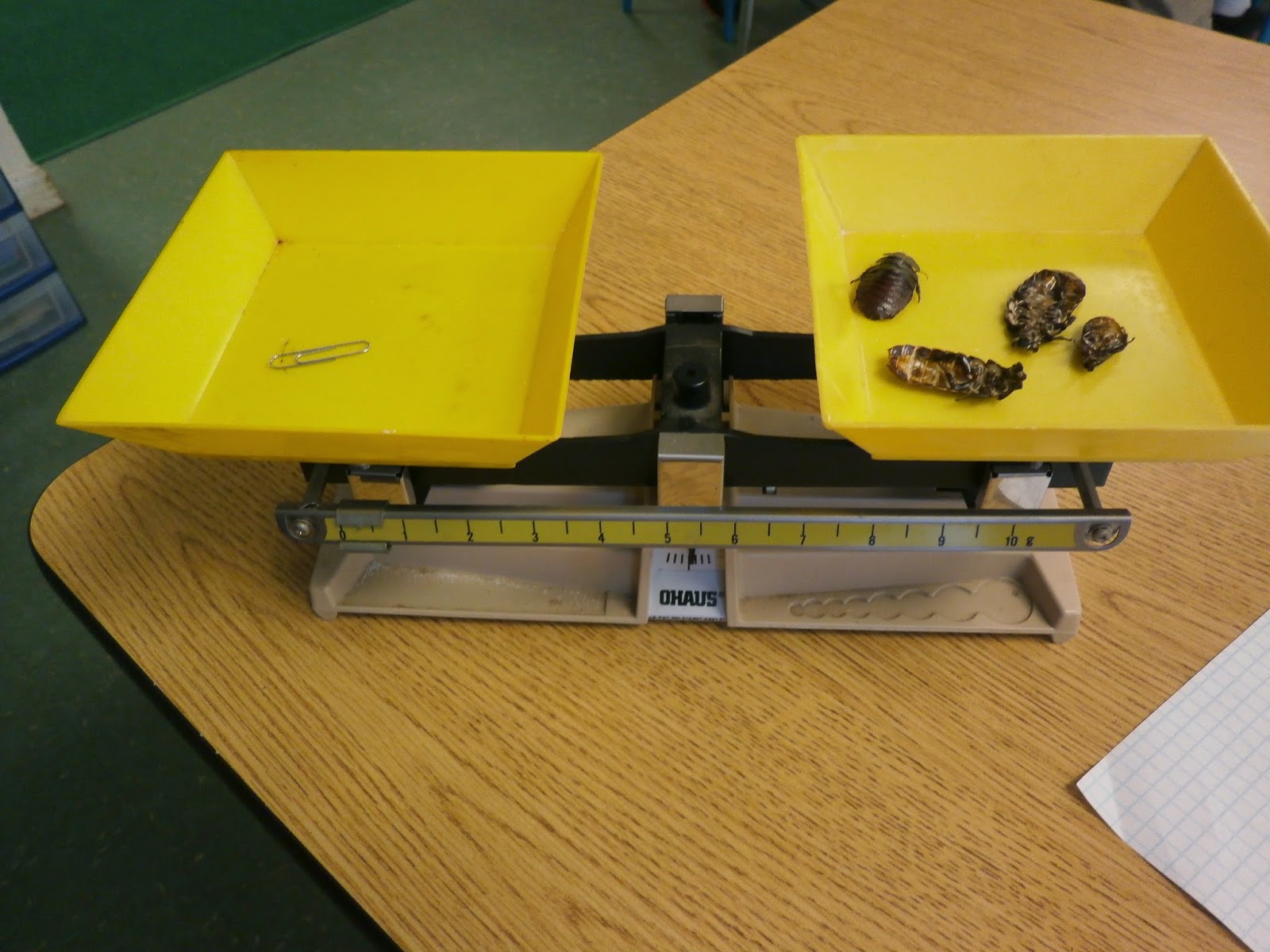 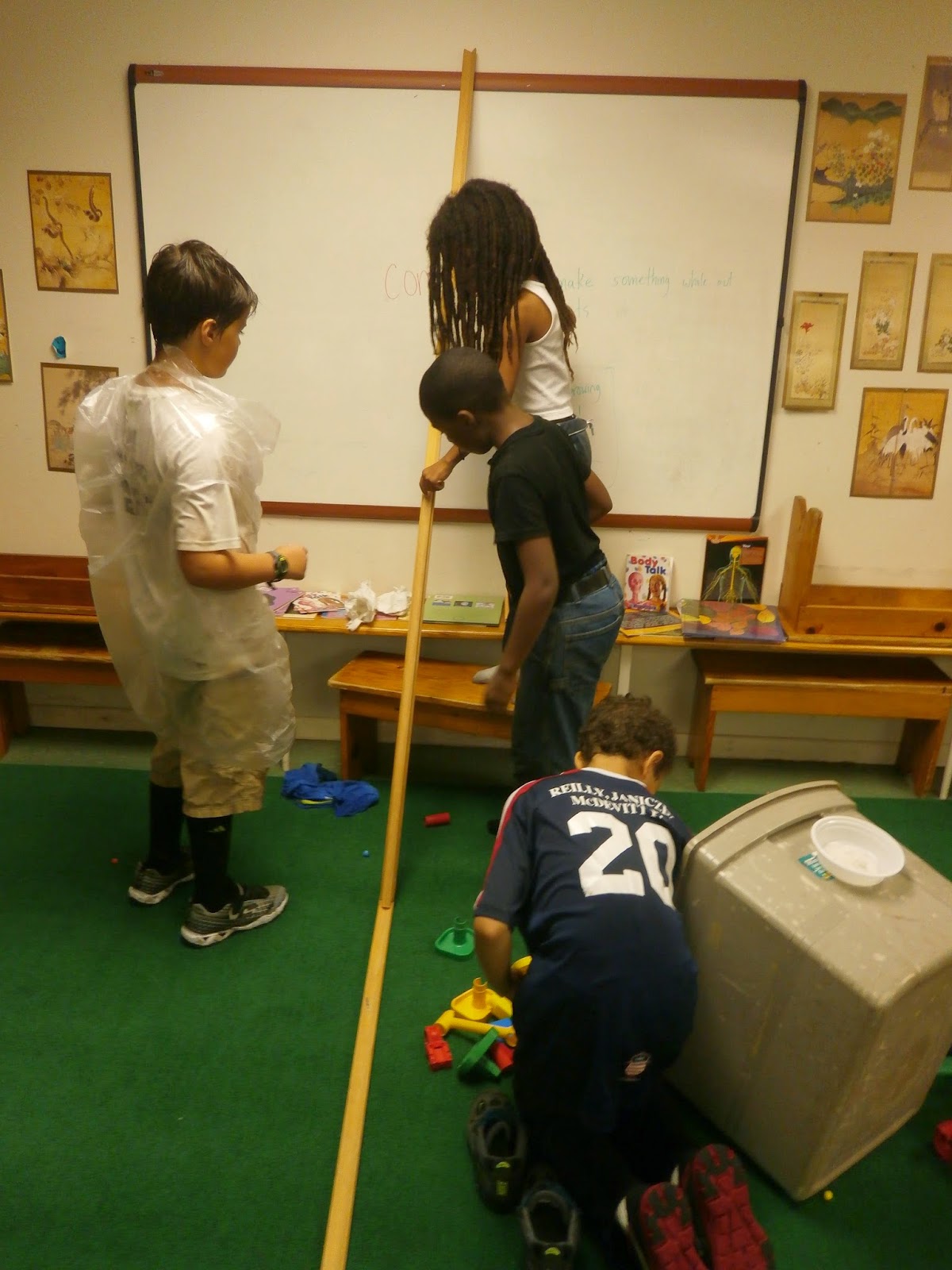 Left: A student arrived a lunch choice explaining a dream they had about a parachute made out of the shed skins of Madagascar Hissing Cockroaches (our class pets).  This led to a discussion about their properties and how well they’d work as a building material.  They were definitely light, but how light?  Out came the scales and we compared them to a known quantity.

Right:  Fourth grade students had a few minutes of choice after science class and quickly built this ramp to try out their ideas.

Experimenting to Clarify:  How does the position and amount of weight placed on a seesaw affect its movement? 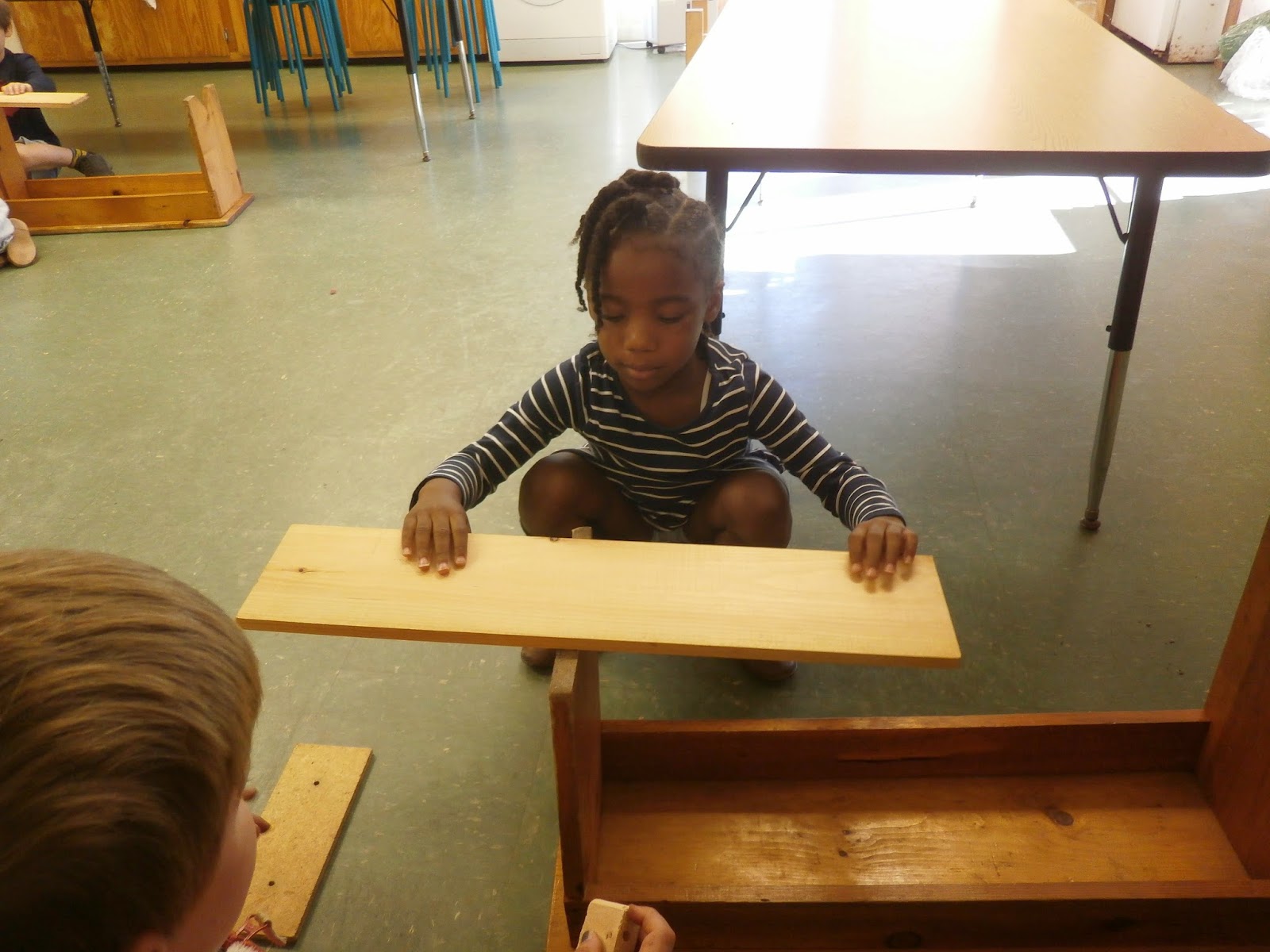 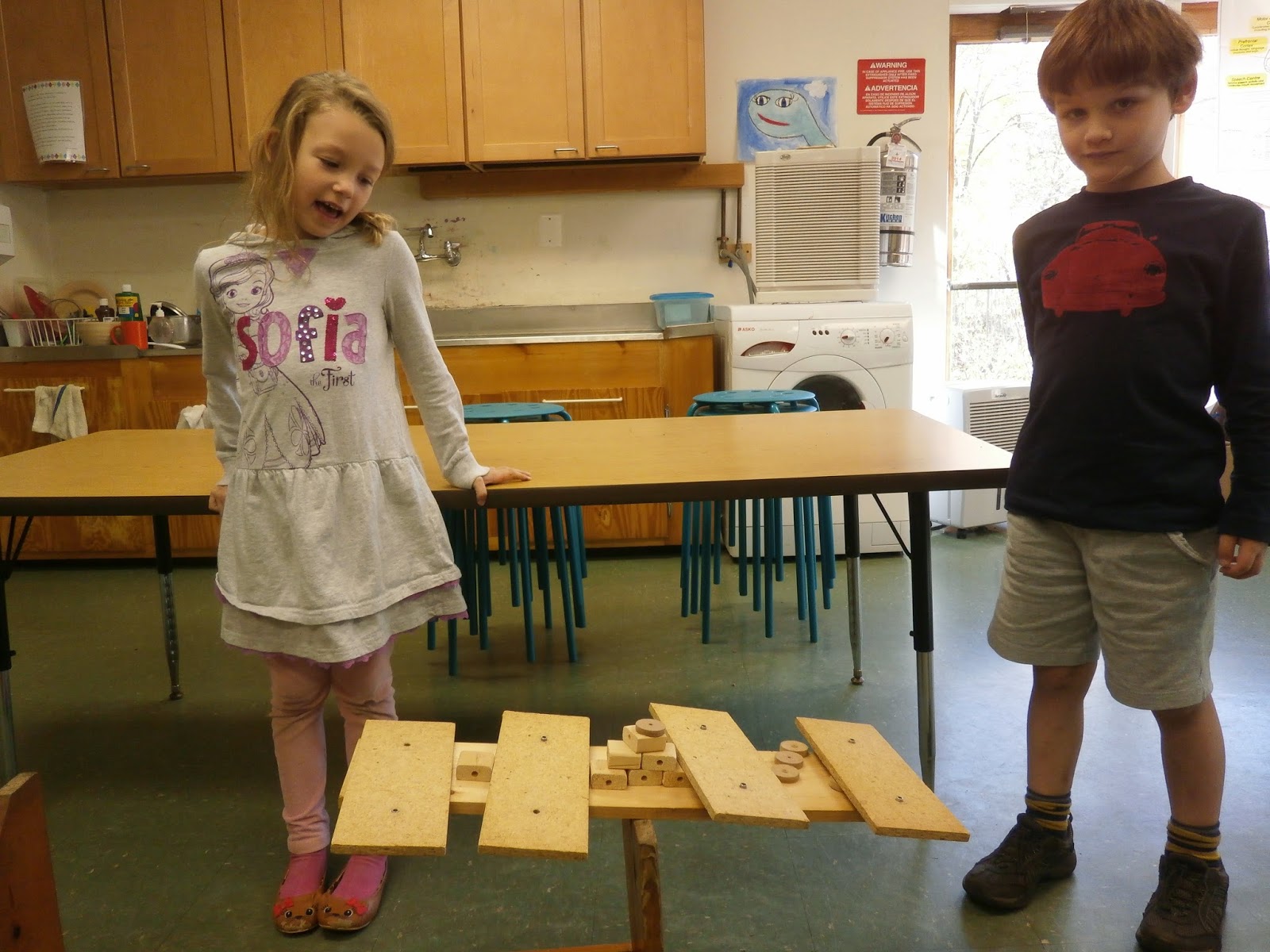 Kindergarten students read the book Just a Little Bit by Ann Tompert about a mouse and elephant attempting to use a seesaw.  After discussing the text, they practiced making and testing their own see saws with planks and wooden mice and elephants.  Many children noticed that the weights had very different effects depending on how close they were placed to the fulcrum.

Experimenting to See the BIG Picture:  How long will it take each of these pieces of lunch waste to decompose? 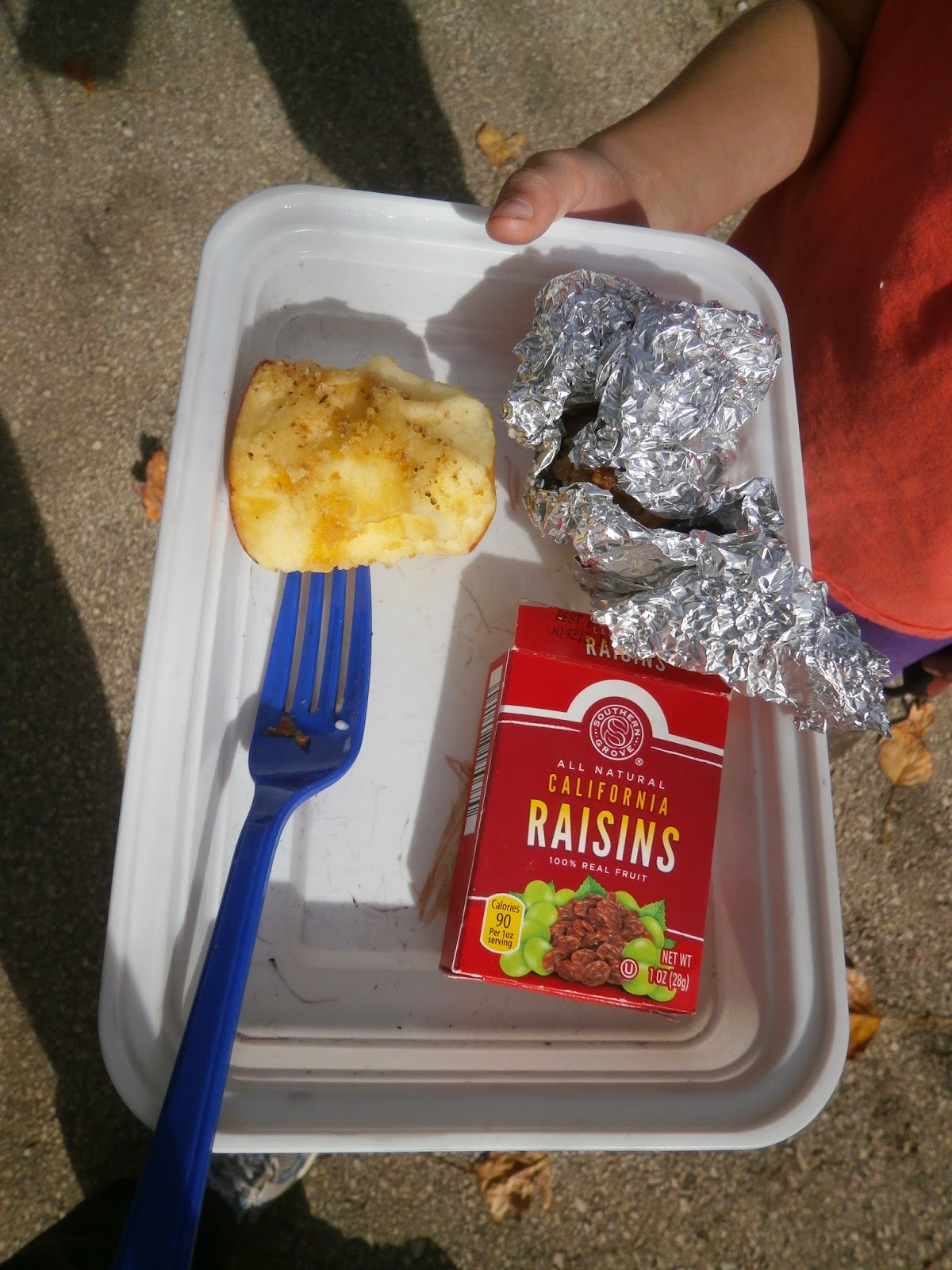 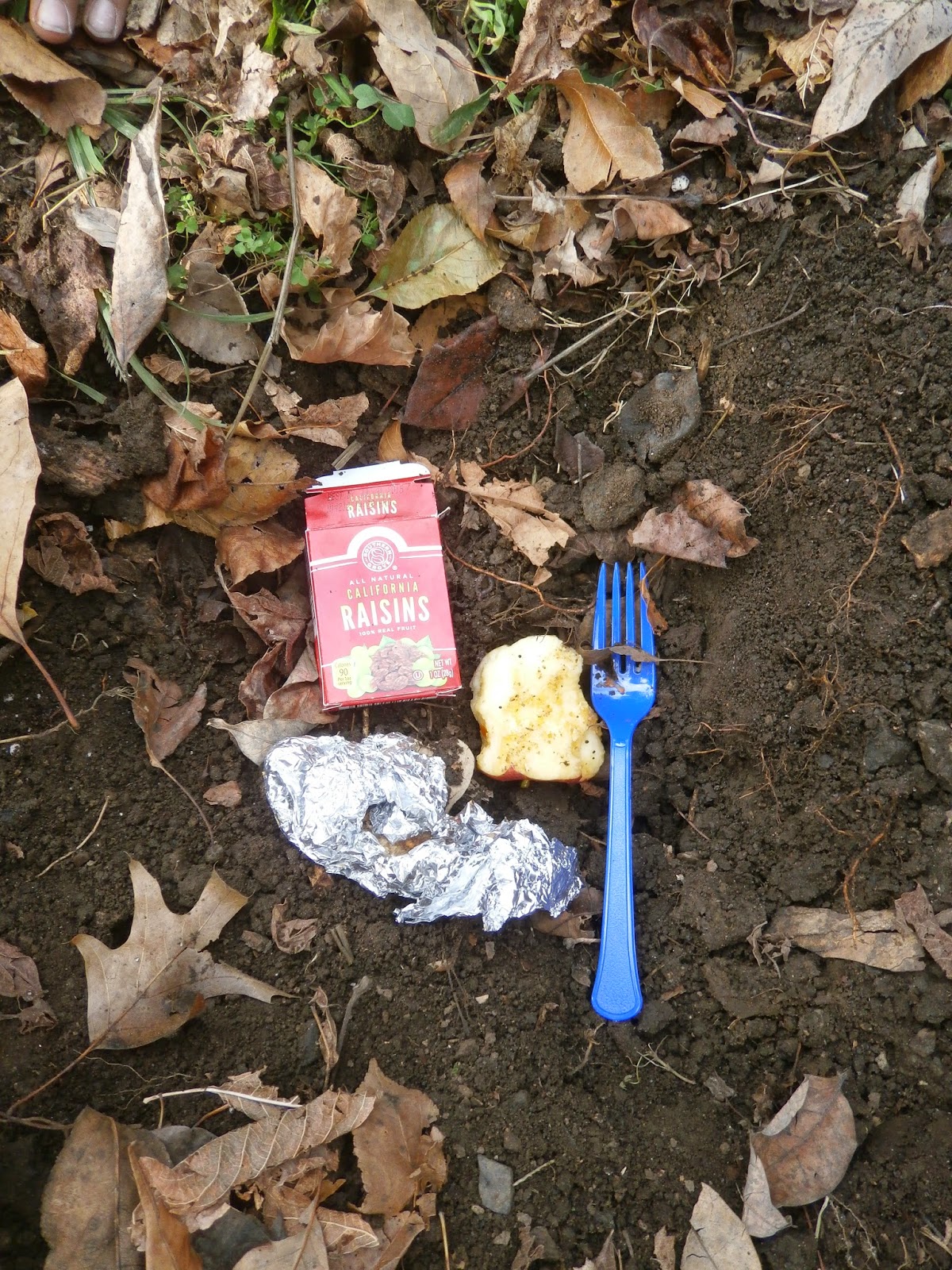 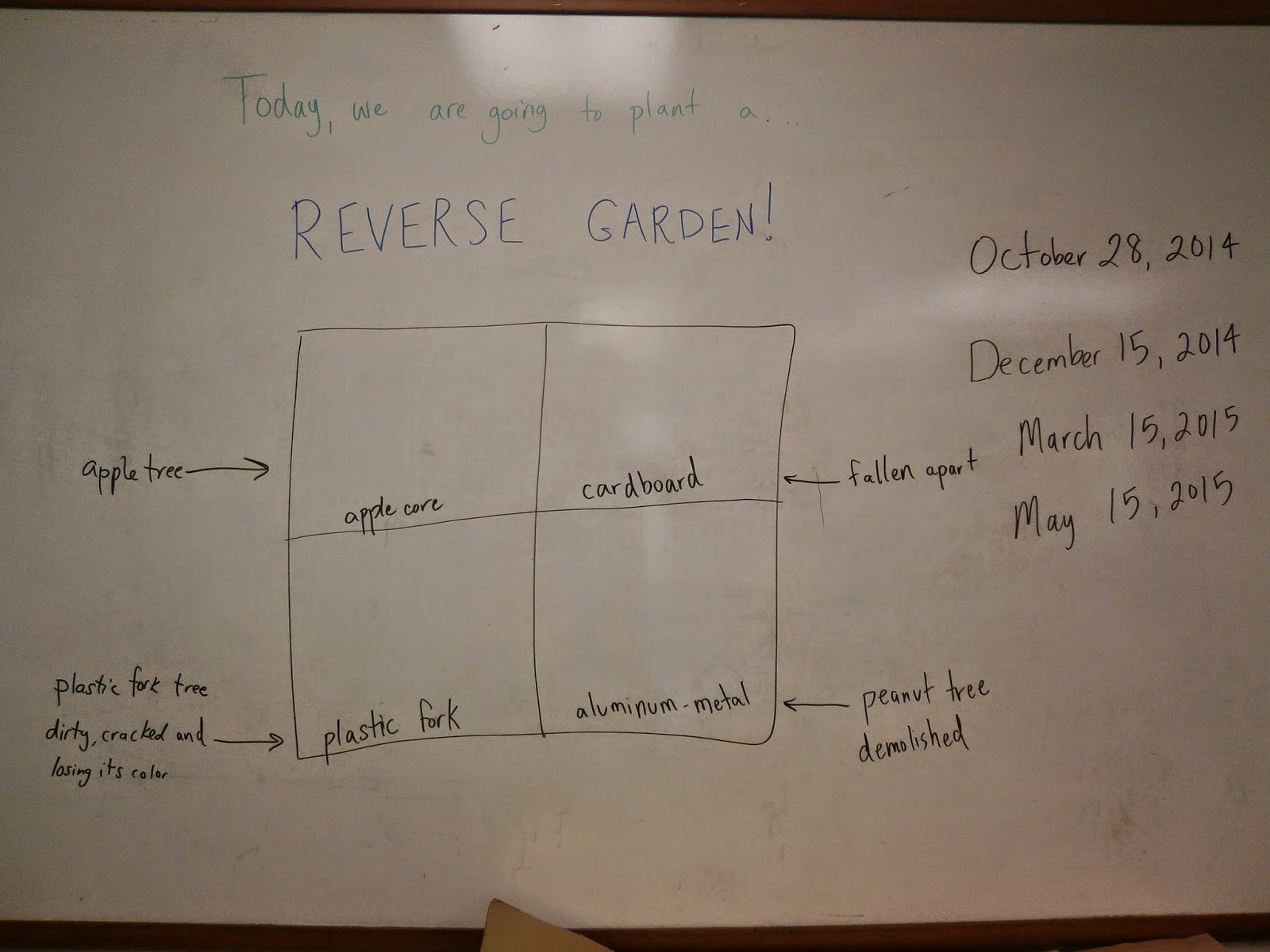 Second and third grade students planted a “Reverse Garden” this week.  They’re trying to find out how long different pieces of lunch waste will take to decompose.  Children made predictions about what would happen to each object and then planted them in our garden.  We’ll check on them every two months throughout the year.

Experimenting to Problem Solve on the fly:  What is the most effective way to operate a wheelbarrow when moving heavy logs? 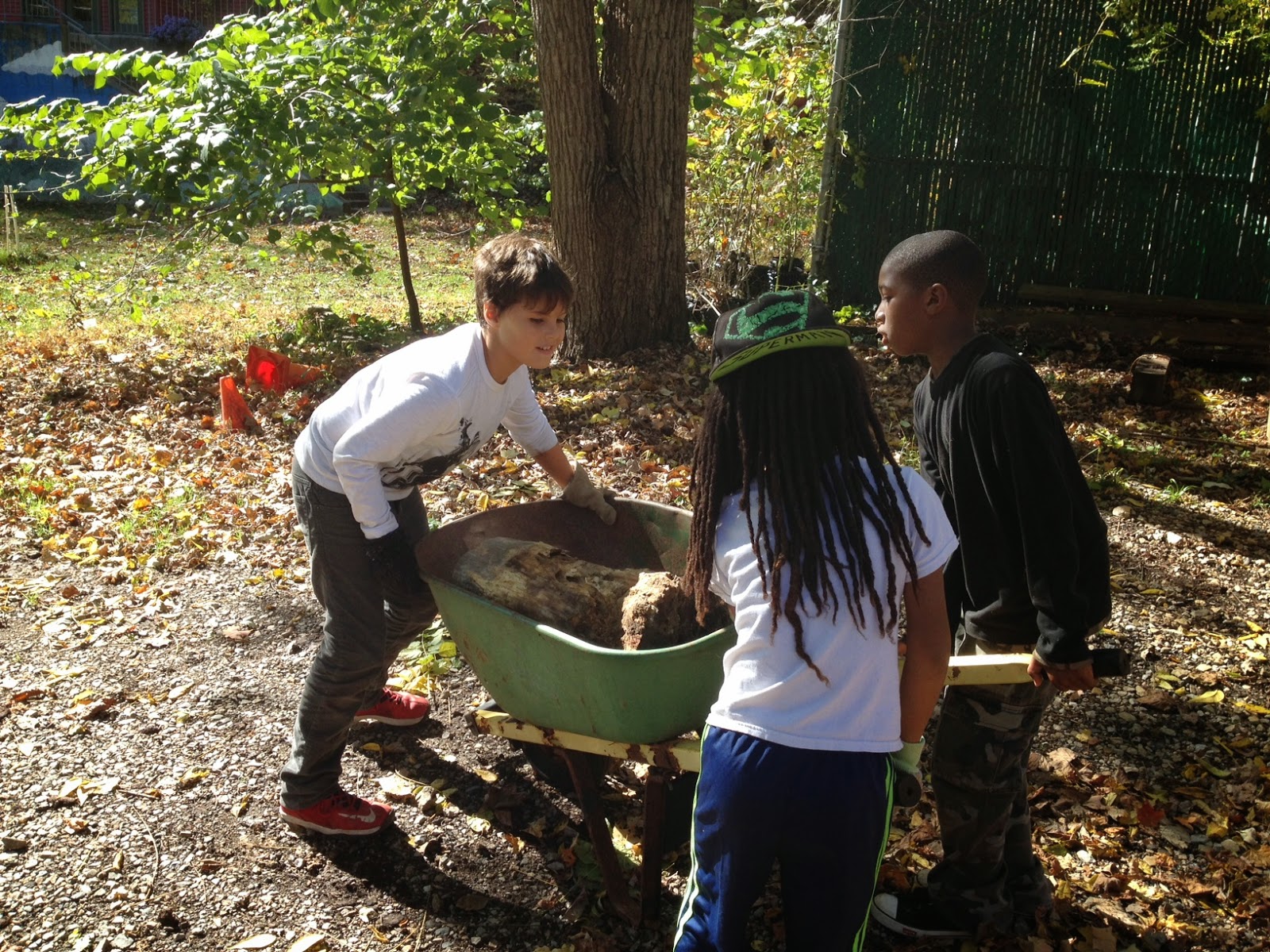 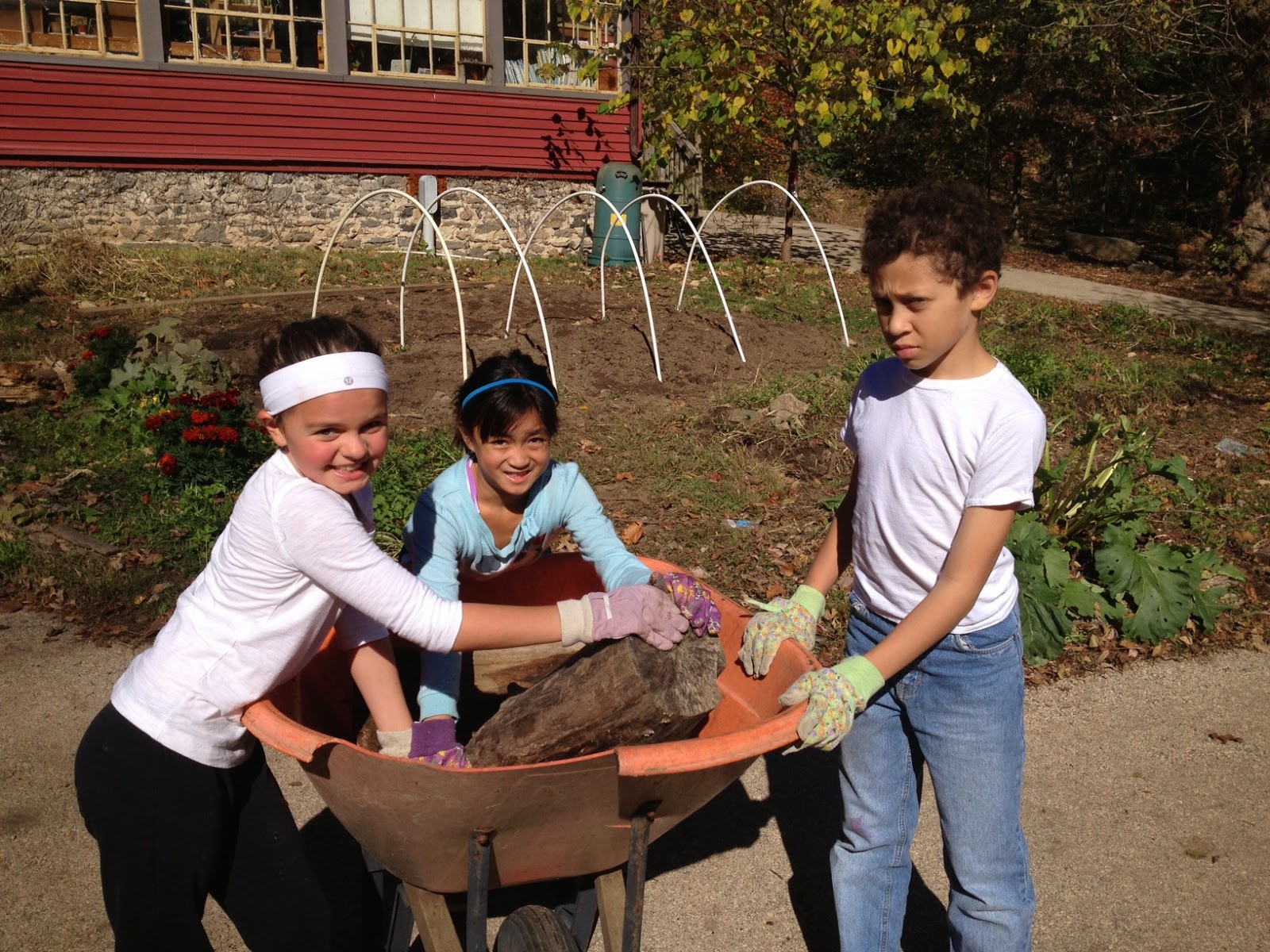 Fourth graders worked to reshape the garden this fall.  They removed decaying logs from the edges of the beds and figured out how to transport them to the forest below the lower field.  Students tried a variety of moving methods and negotiated differences of opinion about what teamwork looks like with a heavy wheelbarrow.